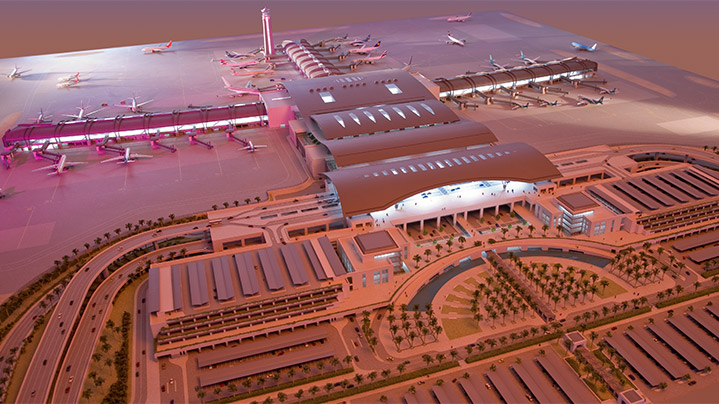 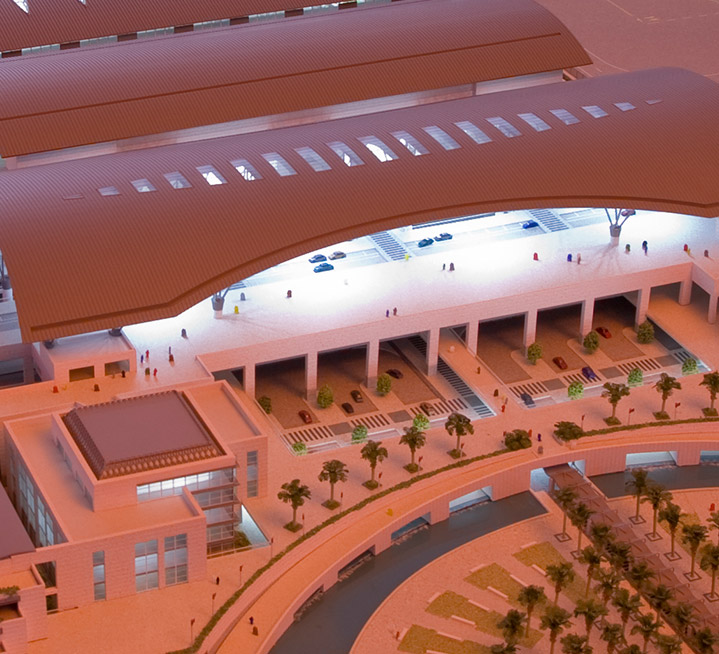 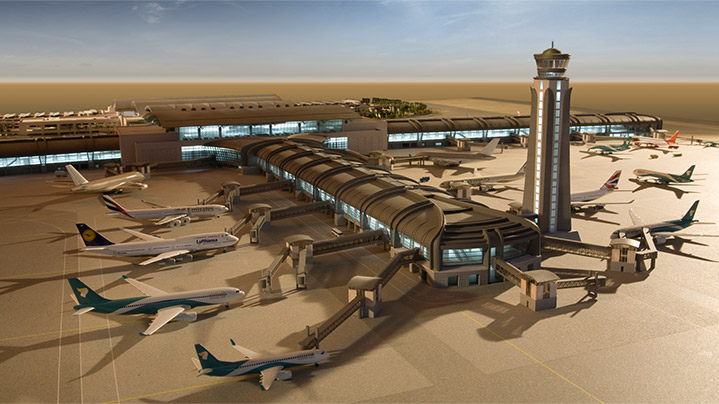 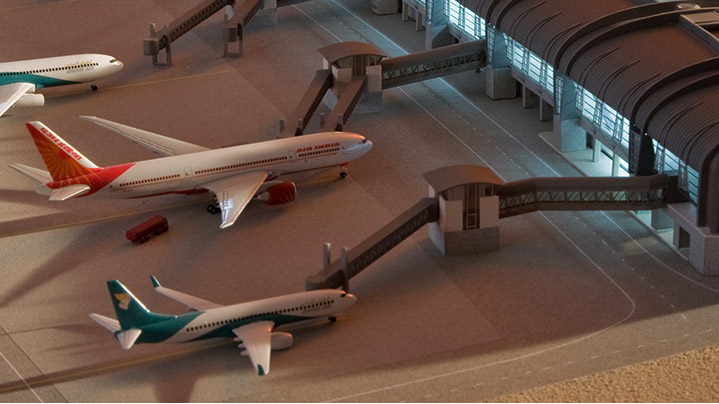 Muscat international Airport is the largest airport in Oman and opened in 1973 as Seeb international Airport with just one terminal. In the early nineties we were commissioned to produce planning models for a proposed new terminal that would transform the site to major Hub status. Unfortunately changes in Government and the economic climate in the area resulted in the scheme being shelved. In 2005 the need for expansion had once again become a key issue and in 2009 we were sent preliminary drawings for a truly stunning landmark structure that would render rival facilities inferior. In the same year we were commissioned to build a fully detailed and realistically illuminated model of this proposal and due to the extreme complexity of the design the model would not only be used for promotional purposes but also to assist with the on-going design, identifying problem areas and providing useful reference for construction personnel on site.

We were commissioned to build the model to a scale of 1:500 which resulted in overall baseboard dimensions of around 2.5 metres square. Due to the sprawling nature of the design, there was no convenient position at which the model could be divided to create two smaller more manageable sections, As such, the various Air Freight companies that operated in the Middle East were approached and once confirmation was received for shipment of the single piece structure we commenced work. Upon receipt of the latest comprehensive package of drawings our CAD team set about the task of translating this 2D information into a format that could be utilised by our various CNC machines, laser cutters and SLA rapid prototyping facilities. Components such as structural floor slabs, elevations and roof structures were produced to an extremely high level of detail and accuracy and these were subsequently assembled and finished in accordance with the client’s schedule.

The finished model complete with acrylic display case and stand was dispatched by air freight and met in Oman by one of our technicians to oversee final installation on the airport site. Needless to say, the model proved to be an extremely useful design tool during the construction period and we understand the new airport is due to open very soon.